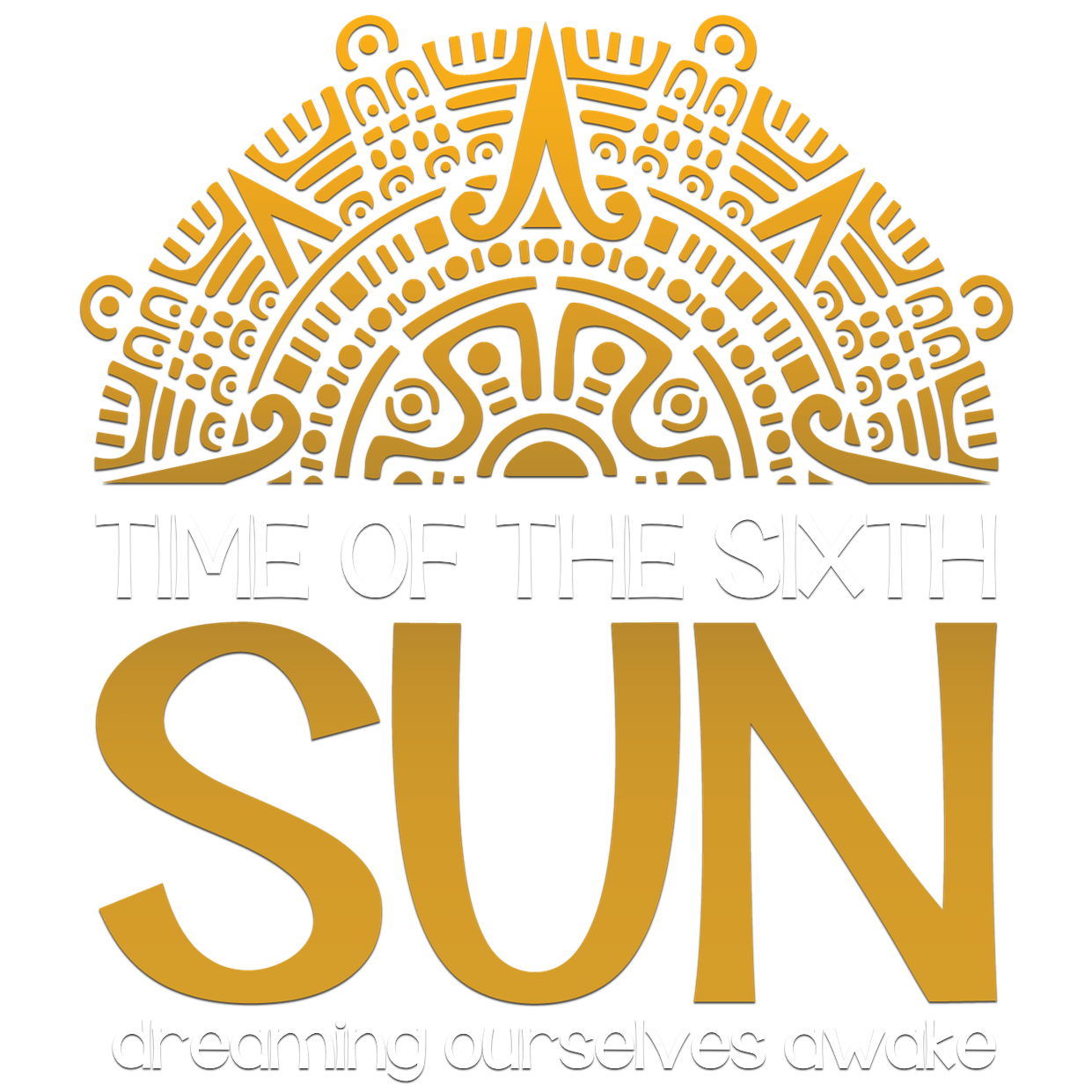 Indigenous Elders, Wisdom Keepers and Visionary Thought Leaders share their knowledge and teachings as you go on an inspiring global cinematic journey offering great insights into the incredible changes happening on our planet at this time

Watch the MovieTrailer
What Journey Will You Take Me On?

"It's Time to Remember Who You Are, Why You Are Here and Why You Have Chosen to be on Earth at this Time of the Greatest Change EVER"  - Tobias, Time of the Sixth Sun

Discover that as we begin to awaken we start to look around at the chaos and think ‘there has to be another way’, asking ourselves the question "Who Am I?"
Look inside to find aspects of our own internal chaos which leads to change. But change will always bring up what we don’t necessarily want to look at as we discover our shadow side and so starts that journey within.
A process of purification as we let go of fears, conditioning, old paradigms, using ceremony and the ways of the indigenous.
Descending from the mind to the heart space we attend elders gatherings who teach us that the visioning and dreaming comes from that heart space.
And this dreaming will create a Vision for a New Earth, where we learn how to tread more lightly on the land whilst reclaiming and celebrating our sovereignty, as we as a species collectively ascend to a higher level of consciousness.

Praise for Time of the Sixth Sun:
"With the release of this brilliant movie, the resonance of humanity and this planet has already shifted to a higher dimension - just simple awareness is so powerful! Deep gratitude" - Julia MH.

"​Your movie came just at the right time (of course! ;-) ). It is touching my heart so deeply and it is talking out of my soul. No words can really express. No words are good enough! I am so happy to know that my Rainbow Family is out there. We are one. Your movie is AMAZING and much much more than that! No words… THANK YOU ENDLESSLY!!! 💝🙏😘🥰"  - Malaika N.
"Absolutely fantastic, unbelievably beautiful, so authentic. It utterly and completely resonated with me and my work. Couldn't stop sounding the whole way through. A brilliant film so needed right now. Thank you all so much" - Sas B.
To read many more testimonials scroll further down the page...

Option 1
You too can register to watch Time of the Sixth Sun Movie for free
Click green button below
Register For The Next Free LaunchClick to find out more
You'll be given immediate access to watch the Movie for a time limited period - for free. Details when you register using the green button above.
Time of the Sixth Sun is a Movie  about the awakening and transformation of global consciousness.
Filmed over 11 years in 16 countries, wisdom keepers share their sacred transmissions on how to transition into a more heart-based culture.

Register For Next Free LaunchTap to find out more

"I loved every second, minute and heartbeat of the alchemic reaction I had to this film"

Time of the Sixth Sun is a movie experience about the awakening and transformation of global consciousness.
Filmed over 11 years in 16 countries, over 75 wisdom keepers share their sacred transmissions on how to transition into a more heart-based culture.
The movie stars musician Estas Tonne, a Russian-speaking Troubadour on his journey of awakening. As Estas says: “It’s kind of my story, but it’s also all of our stories.” From teenage gang member to overcoming addiction, his journey of awakening took him from street busker to musical maestro, performing in some of the largest concert halls around the world.

Narrated from the perspective of Spirit by both Greta Scacchi who introduces the voice of the Ancient Mother and by Geoffrey Hoppe, who channels Tobias, an angelic being who has lived many lifetimes on Earth. His message is one of compassion for humans in what he calls, “the biggest evolution of consciousness humanity has ever experienced.”
As we awaken to the global chaos, we know there must be another way, and as we address our own internal chaos, that leads to change. But change always brings up what we don’t want to look at as we discover our shadow side, and so starts the journey within. A process of purification letting go of fears, conditioning and old programming. As we descend from mind to heart, the wise Elders teach us that all visioning comes from the heart, and this dreaming will create a vision for a New Earth where we learn how to tread more lightly on the land whilst reclaiming our sovereignty, and as a species, we ascend to a higher level of collective consciousness.
A synergy of indigenous ceremonies and powerful interviews produce a woven tapestry with a depth and texture that draws the audience into a rich emotional journey. A meditation for the soul.
8-Part 'Lifting the Veil' Docuseries
Episode 1 - An Awakening Global Consciousness
Episode 2 - Healing Our Ancestral Wounds
Episode 3 - Ancient and Future Technologies
Episode 4 - Sustainable Futures
Episode 5 - The Grandmothers Speak
Episode 6 - The Grandfathers Speak
Episode 7 - Messages From The Heart
Episode 8 - Channeling Our Guide And Storyteller
Register to watch for free and find full information at https://timeofthesixthsunlaunch.com 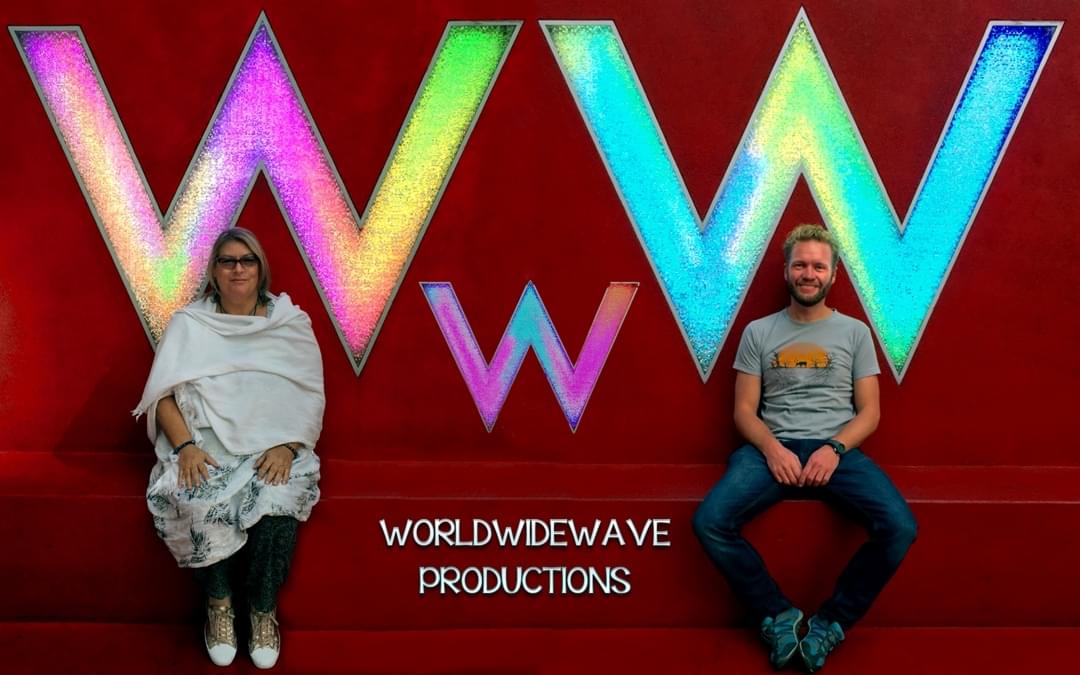 Register For Next Free LaunchTap to find out more